Thread count of a process in Linux

When a program is run in Linux, an instance of that program is loaded into memory along with all the resources it needs. This instance of the program in memory is called a process. Linux processes—and more specifically heavyweight processes (HWPs)—include a lot of overhead when they are created or when they are switched to from another process. But a thread is a lightweight process (LWP) in a computer operating system that can share resources such as code, data, file I/O, stack, and signal tables. That's what makes them light. Unlike processes, threads don’t need to flush and recreate all tables before they can be switched. Therefore, they can more easily and frequently be switched.

However, Linux doesn’t distinguish between a process and a thread at the operating system level. Threads are still processes in Linux, only threads can share certain resources with other processes. Unlike other operating systems, Linux doesn’t provide any threads-specific data structures or scheduling options. The kernel makes no distinction here.

Limitations of threads in Linux

The sysctl command can also be used with an option and can be filtered using grep to check the same kernel configuration. Figure 2 shows the output of the command below:

You can see above that both commands give the same output. Similarly, there's a kernel configuration parameter for the maximum number of processes a kernel can execute simultaneously. This configuration is present in a file at /proc/sys/kernel/pid_max. We can cat this file to see the number, as shown in figure 3 below:

Fig 3: Maximum number of processes in a Linux system

The output in figure 3 is from the same single-core server, so the number is low. This number is also around the point that the process IDs or PIDs wrap around, so we might periodically encounter duplicate PIDs during maintenance.

Increasing the maximum number of threads in Linux

As the formula shows, increasing the virtual memory size or decreasing the stack size per thread will lead to an increase in the maximum number of threads. To more accurately make this adjustment, the ulimit command can be used to check the current stack size on a system:

Figure 4 below shows the stack size of a single-core server:

We can change this stack size using the same ulimit command:

Linux provides a few commands to easily list all processes and threads, and to filter threads for a given process. The following section shows how to use these commands to get thread-related information.

The ps command, along with its options, is used to list all processes running in a Linux system and useful information about them. However, without any options, the command only gives a snapshot of the current processes, as seen in figure 5 below: 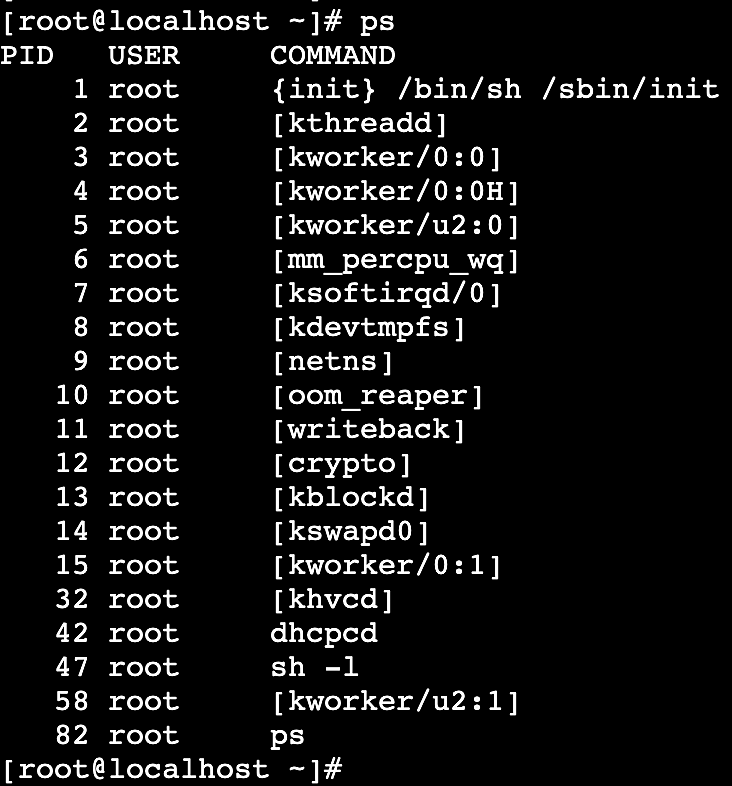 Using the option e lists all process names as well. The screenshot in figure 6 shows a part of this command’s output: 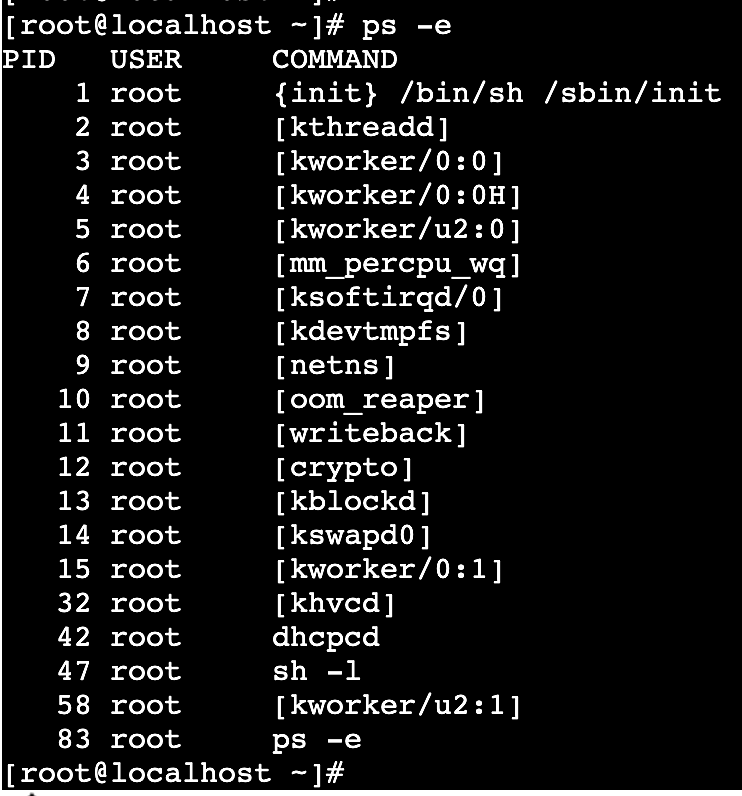 To get more data in the BSD syntax, the aux options can be used as follows:

This command will give information such as the percentage of CPU and memory used by a process, the command used to run that process, and for how long the process has been running.

Information related to each process is stored in its own file in the /proc directory. Using the process ID, you can read the status file for the number of threads that particular process has created.

In figure 7 below, the process with PID 42 has created 1 thread. The command to get the thread count of a process is: 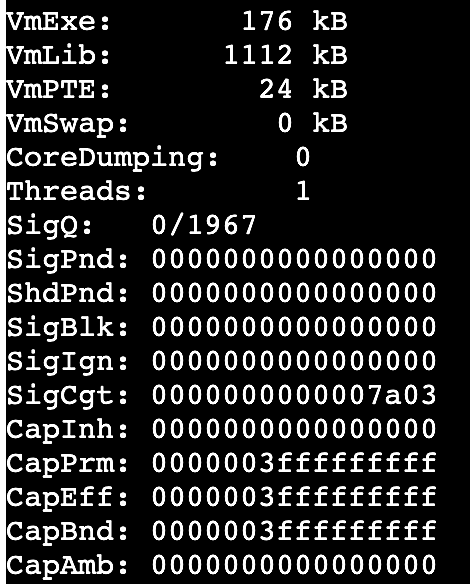 This can be achieved by piping the output of the ls command to the wc command to count the number of directories as shown below:

Figure 8 shows the output of the command for the same process shown in figure 7:

The ps command helps get information about the threads of a process. With the ability to show the information for only a given PID, it’s easier to get the count for an individual process.

The options are as follows:

As before, the output of this command is then piped to the wc command to count the number of lines and get the thread count. The complete command is as follows:

Threads are used to speed up the execution of processes by increasing parallelism since each thread can run on a processor core. Threads can also be used to make sure a process is not blocking other processes or threads while it waits for a file I/O or other operation to complete.

But like processes, there are limits on how many processes or threads can be run simultaneously on a Linux system. This number can be increased by changing the configuration of a few kernel parameters.

Because Linux makes little distinction between threads and processes, all limits that apply to processes apply to threads as well. By using these simple commands mentioned above, Linux admins can check the number of threads for a given process.

Was this article helpful?
Sorry to hear that. Let us know how we can improve the article.
Thanks for taking the time to share your feedback. We'll use your feedback to improve our articles.
Previous Boost network performance through TCP Window Scaling
Next How to monitor network traffic on Linux