Forget Halloween tales of zombies and black cats, for many businesses there’s nothing scarier than finding your website’s often down or has been hacked. Frequently leading to lost productivity, reduced revenue and reputational damage,~web hosting problems can cause SMEs and big businesses all manner of hubble, bubble, toil and trouble. 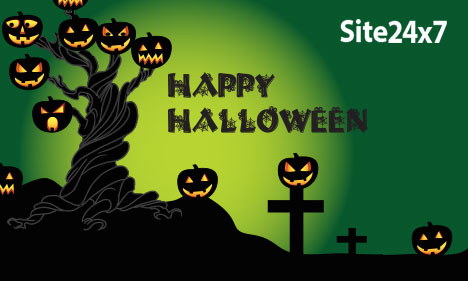 Here are 4 common~ disasters every business wants to avoid:

Uptime is critical for any company, but for a company such as Amazon that processes hundreds of transactions every second, the impact can be huge. Some industry watchers estimated the 49 minutes of downtime the company experienced in January this year may have cost the company $5 million in missed revenue. A staggering sum for such a small amount of downtime. Yet while Amazon is in a different league to any other business on the planet, the key point here is that an effective disaster recovery plan is essential to limiting loss. For an increasing number of businesses this means taking to the cloud to enable faster disaster recovery of critical IT systems at a fraction of the infrastructure costs of a second physical site.

Web hosts are a frequent target of hackers. According to a report by AWPG nearly half of phishing attacks that took place in the second half of 2012 involved the use of hacked shared hosting servers. In this kind of attack, phishers exploit vulnerabilities in web server administration panels like cPanel and popular applications such as WordPress to display phishing pages from a subdirectory of every website hosted on the server. In August 2012 alone, AWPG detected over 14,000 phishing attacks sitting on 61 servers. Before signing up to a web host, ask what security measures they have in place for phishing, denial of service and other kinds of attacks.

This isn’t as extreme as an outage but its impact can be almost as great. Statistics show that one in four will abandon a website and look elsewhere if it takes more than 4 seconds to load the page in their browser. Potentially that’s a lot of sales. Beyond that, slow load times can negatively affect your Google rankings and put paid to all your hard SEO work. For this reason, make sure you get the right space and bandwidth and that you can easily scale up (and ideally down) if you need more (or less) resources.

If your site is power-hungry and using excessive amounts of resources for the plan you’re on, be aware that your host can suspend it without warning on the basis of ‘excessive’ use. And let's face it, nothing's more likely to make your blood boil than finding your site's down after all the hard work you've put into driving traffic its way. Website monitoring can help you avoid this issue by alerting you to your site's bandwidth usage and detecting any network congestion. This can help you see the resources you need to keep your bandwidth capacity tickety-boo.

Have you had a scary web hosting horror story?~ We'd love to hear it.